Can I Get Punitive Damages?

Can I Get Punitive Damages?

Someone, or some company, did something that caused you or a loved one serious injury or death.  Your life has been interrupted, maybe permanently.  Maybe their actions caused the death of a loved one.  These tragedies are difficult enough to navigate when the wrongdoer didn’t intend the harm, but what about when their actions were so egregious, reckless, or even intentional, that they should be punished beyond what the law normally demands?  This is when Punitive Damages come into play.

When can you claim punitive damages?

Punitive Damages are Rare.  In the majority of cases, the legal standard for establishing liability against a person or corporation who causes injury is general negligence.  Did they fail to act as a reasonable person would act and thereby cause you injury?  If yes, that is general negligence.  If, on the other hand, the person’s, or corporation’s, actions were reckless and constituted a conscious disregard for the safety of others, then they are liable for gross negligence, and you may be able to get punitive damages.  To be sure, this standard is very high (or low as the case may be).  Some jurisdictions have held that when a driver is talking on a cell phone and causes a crash, punitive damages can come into play.  Other jurisdictions have declined to extend punitive damages to a car crash involving somebody talking on a cell phone.  Texting while driving is a different story.  If you have solid proof that a person was texting while driving and that person caused a crash and serious injuries, you have a good chance at getting punitive damages.

Punitive Behavior, without Serious Injury, is not usually compensable.  On occasion I will get a call form a very upset person who sustained little to no injury because of some seriously bad behavior from a person or corporation.  They want to sue this person or corporation for millions because of their bad behavior.  They are understandably upset, but there is usually no real recourse in those situations in the courts (if you sustained little or no actual injury, it’s best to use the power of social media, your consumer dollar, and other avenues to bring light to a corporation’s bad behavior).  On the other hand, if you sustained serious injury or lost a loved one because of this type of bad behavior, let the court system teach these folks a lesson.  Pursue punitive damages, obtain what you deserve, and hopefully your choice to hold these folks accountable will help others in the future.

Contact an experienced personal injury attorney.  At Burnett Law Office we navigate these waters every day.  From catastrophic injury, to wrongful death, to defective products, let us fight to hold these wrongdoers accountable and make things a little safer for the next person. 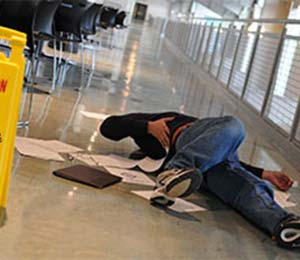